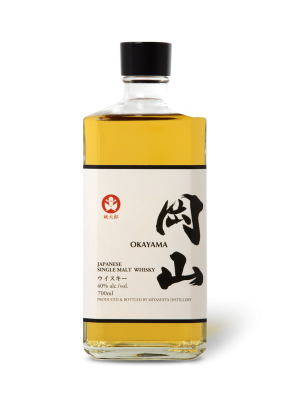 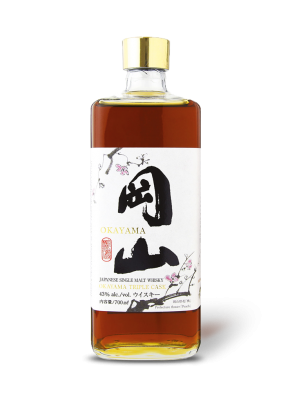 It was to mark the 90th anniversary of the brewery that the decision to distill malt was made and the brand Okayama was created. Made from German and English barley distilled in steel stills also used for the production of shochu, the first single malt bottled under the Okayama brand was released in 2015.

With the knowledge accumulated over the years, the brand saw its second bottling unveiled in 2018 be awarded at the International Whisky Award 2019 and World Whiskies Awards 2020. Okayama Triple Cask is thus a blend of single malts distilled in the brand new German-made still commissioned in 2015, and aged for three years in brandy, sherry and Mizunara casks.

Miyashita Brewery was founded in 1915 by the two brothers Kamezo and Motosaburo Miyashita. Based in Okayama Prefecture, the brewery moved in 1967 to its current location on the Asahi River, not far from Okayama City.

Today Miyashita Sake Brewery aims to be a complete spirits manufacturer, making all kinds of alcoholic beverages such as shochu, liqueurs, gin and whisky, in addition to sake and beer. 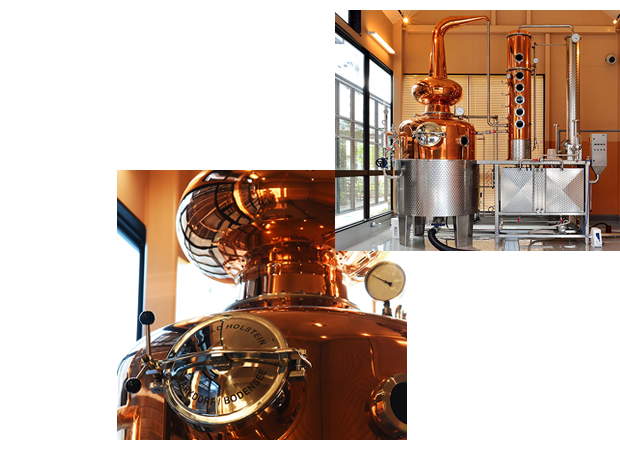