Made famous by the movie "Lost in Translation", Hibiki is a blend created in 1989 by Suntory and composed of whiskies coming from its distilleries of Yamazaki and Hakushu for malt and Chita for grain whisky. 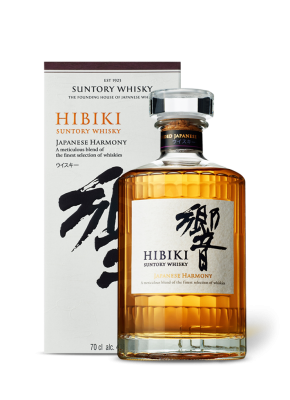 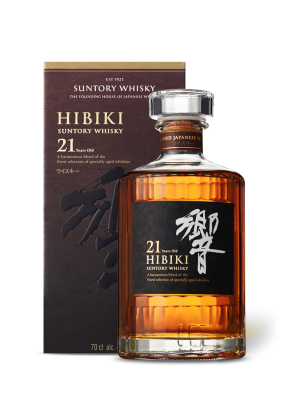 Made famous by the movie "Lost in Translation", Hibiki is a harmonious blend of a large number of malt and grain whiskies from Yamazaki and Hakushu distilleries for the malt and Chita for the grain, meticulously blended to create a symphony of flavors and aromas.

Unveiled in 1989 to commemorate Suntory's 90th anniversary, it is to this day one of the best blends in the world, and has won many awards in various international competitions.

In addition to being often bottled in limited editions, Hibiki is available in three aged versions 17, 21 and 30 years, but also in a version with no age statement. The Hibiki Japanese Harmony today spearheads the range and replaces the 12 year old version which has not been produced for several years now.

Bottled in an elegant 24-faceted decanter representing the 24 seasons of the Japanese lunar calendar, Hibiki perfectly reflects nature and pays tribute to Japanese craftsmanship with its traditional Japanese paper label.

The story of Hibiki began in 1987 when Master Blender Keizo Saji, wishing to pay tribute to Suntory's blending work, suggested to Chief Blender Koichi Inatomi the creation of a brand new blend. After tasting hundreds of whisky samples, Saji and Inatomi created the perfect harmony of malt and grain with 30 whiskies selected to go into the final blend, including some whiskies aged in the famous Mizunara casks. 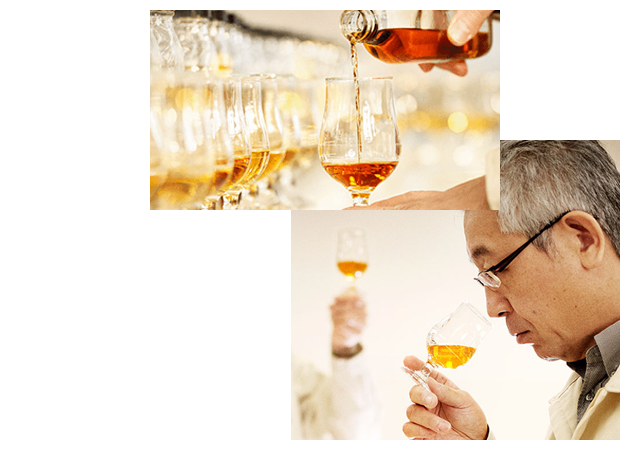